Davis Way has gotten married, but that hasn’t changed much. Well maybe just a little. Her husband is the new manager. She now gets to live in a super deluxe penthouse suite at the Bellissimo Resort and Casino. Unfortunately the previous resident turned it into the worst nightmare scene from New Orleans, complete with voodoo, or ghosts or something. Who knows what is going on in that monstrosity. Think haunted refrigerator. No more “Home, Sweet, Home” for Davis.

Davis Way Cole still has her job, at least for the moment. If she doesn’t clear up this mess, her new boss and husband, may fire her, but this mystery is so messed up, it doesn’t seem possible that it can ever be fixed. So many hilarious antics, so many unexpected turns. This book won’t disappoint anyone who has read the previous Davis Way books.

I give Double Mint 4 Stars out of 5, and a Big Thumbs Up! If you like lovable characters, some ridiculous fun, and slapstick humor mixed into your mysteries, then you better get on the Davis Way bandwagon. You won’t be sorry!

I received a Digital Review Copy from the Publisher.

It’s convention season at the Bellissimo Resort and Casino and Davis Way Cole barely notices. It’s hard to pay attention when you live in a Jambalaya Junkyard. But when Special Events Coordinator Holder Darby walks off the job just as five hundred Alabama bankers pour in the front door, Davis steps up.

Or would that be in? Definitely in. Davis steps in.

Not only has the convention director vanished, but a certain Bellissimo guest is missing. One who forgot to pack the million dollars he left in the bathtub. It looks like our redhead newlywed Super Secret Spy’s lazy summer is over when the Bellissimo vault is robbed. Can Davis connect the dots before it’s too late? Can she get her Taser gun back from Bianca Sanders? Will she be stuck with Eddie Crawford’s 1962 Cadillac forever? What Davis needs is a little faith. And a lot of luck.

New money. Old sins. Back to jail. And a cat. 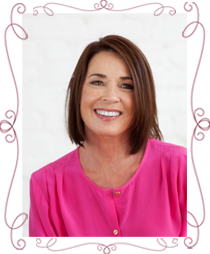 Gretchen Archer is a Tennessee housewife who began writing when her daughters, seeking higher educations, left her. She lives on Lookout Mountain with her husband, son, and a Yorkie named Bently.