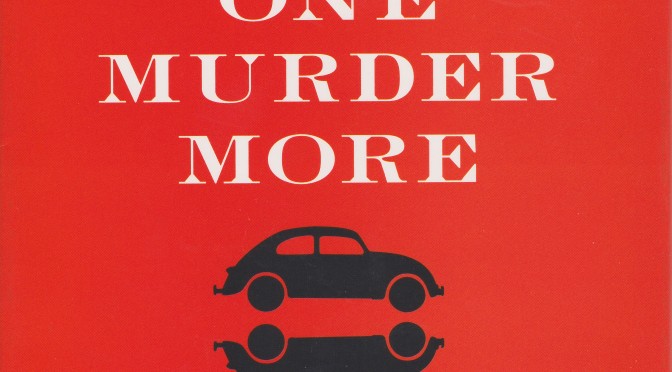 I am always attracted to a new author. I like to explore their first offering. Usually they put it all out there. They want to make a big splash, so they throw anything that they can think of into their first book. Sometimes that works, and sometimes you wonder if they even had an editor. If the author can write, and they have someone to help them reign in their imagination, then it can be a wonderful experience.

One Murder More is one of those debut novels that are a pleasure to read; for the most part anyway. Ms. Calvin does know her way around California politics and can write about the stories and the people involved in passing legislation in Sacramento. She has no problems spinning an interesting and exciting story. She has written an entertaining mystery with enough tangles and wrong turns to keep you puzzled until the very end. My only problems with her book had to do with her characters.

I know that this takes place in California, and people who live in California are different from the rest of us, but there were just too many names for the characters in this book that confused me. I kept thinking that these people were males when they were really females. It just interrupted the smooth flow of the story. I had to keep thinking, “Is Sal Castro a woman? What about Senator Rickman, and Wallis Lisborne?” Not to mention the main character, Maren Kane. But maybe that was just me. It does make reading much easier if you don’t have to stop and think about a person’s sex when you read their name.

The other character issue had to do with all the weird people in this book. Now don’t get me wrong, I like books with a few odd characters. They add that quirkiness that make a story fun. But it seemed like nearly everyone was too over-the-top, either that or they were drop-dead-gorgeous. Hopefully Ms. Calvin will be able to continue bringing us interesting characters, but just bring in a few more normal people. But then again, her book is set in California, and maybe those folks qualify as normal out there.

On the whole, One Murder More was a very enjoyable book, and I was glad that I had a chance to read it. I think that the characters and sub-plots of the book would appeal to women more than men. I liked it, but I think my wife will like it even more. It wasn’t quite Chick-Lit, but it was close.

I give One Murder More 4 Stars out of 5 and a Big Thumbs Up! If you think that you might like a fast-paced mystery novel steeped in political atmosphere with a bunch of quirky characters, then this book is perfect.

I received a hardcover copy of this book from the publisher.

In Kris Calvin’s debut mystery One Murder More, a beautiful legislative aide is found stabbed to death in California’s Capitol building. Maren Kane, a lobbyist for a fledgling Sacramento-based toy company, is in the midst of a legislative fight that could make or break her career. She doesn’t have time for a coffee break let alone involvement in a murder investigation.

But when police arrest Maren’s colleague for the crime, she’s certain they have the wrong man. The cops suspect a crime of passion―love gone wrong. Maren knows that in the capital, money and power drive all things tragic and scandalous. Sex and love are little more than window-dressing.

But will she be able to prove her theory―and free her friend―before she becomes the next victim?

A former local elected official, debut author Kris Calvin knows politics from the inside out. She lives minutes from Sacramento, capital city of California and has been honored by the State Assembly and the California Governor’s office for her leadership in political advocacy on behalf of children.

Educated at Stanford and UC Berkeley in psychology and economics, Kris Calvin uses her training to create “characters that all stand up in an emotionally rich and gripping novel” according to Kirk Russell, critically acclaimed author of eight thrillers.

One Murder More is the first in Kris Calvin’s new Maren Kane mystery series. She is working on Maren Kane’s next adventure, A Timely Murder, the second novel in the series.