Detroit is Our Beat: Tales of the Four Horsemen

I really wanted to like Detroit is Our Beat, but there was just something that was a little bit off. The dialogue was good, it was funny, it felt real, but something was missing. I like my short stories to have a twist, something to grab you, and little bit of point. These stories don’t seem to have that. They have great dialogue, authentic sounding descriptions of Detroit, and they really put across the feel of Detroit during World War II, but most of them have very weak plots. They are more just little snapshots of the antics of the “Four Horsemen”, without the solid storyline that I expect in my short story collections. They are somewhat interesting as peeks into a long-lost era, but not what I was looking for.

I give Detroit is Our Beat 3 Stars out of 5. If you like your short story collections to be more character driven glimpses into recent history, instead of tightly written plot devices, then this will work much better for you than it did for me. 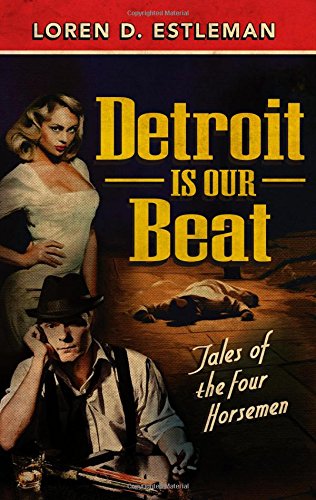 While most of the police department is fighting overseas, the four men of the Racket Squad struggle to keep a lid on a powderkeg stuffed with draft-dodging troublemakers, Black Market gangsters, enemy saboteurs, and a mixed bag of racial and ethnic groups working uneasily side by side in defense plants run by the automobile industry.

With blackjacks, brass knuckles, tommy guns, and their bare fists, Lieutenant Max Zagreb, Sergeant Starvo Canal, and detectives McReary and Burke–known collectively as the “Four Horsemen”–battle their way through ten gritty stories in the hardest-boiled town during the twentieth century’s hardest-boiled decade. 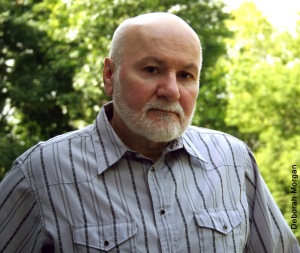 He is most famous for his novels about P.I. Amos Walker; other series center on Old West marshal Page Murdock and hitman Peter Macklin. He has also written a series of novels about the history of crime in Detroit (also the setting of his Walker books), and a more recent series about Valentino, who tracks down lost films, and crimes related to them. His non-series works include Bloody Season, a fictional recreation of the gunfight at the O.K. Corral, and several novels and stories featuring Sherlock Holmes, as well as contributions to several books on how to write and sell stories and novels. Estleman’s literary works have been recognized and highlighted by Michigan State University in their Michigan Writers Series. (From Wikipedia)