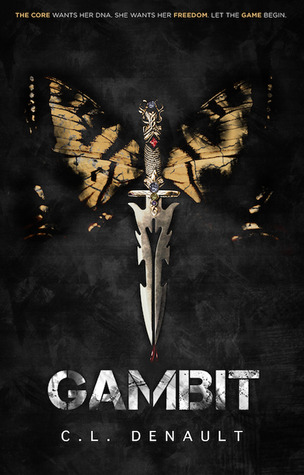 In Earth’s battle-ridden future, humans have evolved. Those with extraordinary skills rise to power and fame. Those without live in poverty.

Sixteen-year-old Willow Kent believed she was normal. But when a genetically-advanced military officer shows up in her village and questions her identity, long-buried secrets begin to emerge. With remarkable skills and a shocking genetic code the Core and its enemies will do anything to obtain, Willow suddenly finds the freedom she craves slipping through her fingers. Greed, corruption, and genetic tampering threaten every aspect of her existence as she’s thrust, unwilling, into the sophisticated culture of the elite Core city. To ensure peace, she must leave the past behind, marry a man she’s never met, and submit to the authority of a relentless officer with a hidden agenda of his own.

Her life has become a dangerous game. How much will she sacrifice in order to win?

Get Gambit in paperback or for your kindle today! 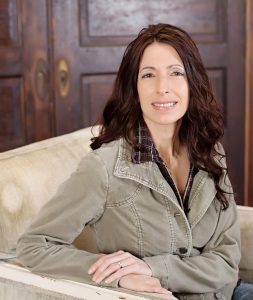 C.L. Denault is a speculative fiction writer who loves dreaming up tales of adventure and intrigue. A former systems analyst, she gave up her nerdy code-writing skills to care for her family (including a son with special needs), and currently lives among the vast stretches of cornfields in Illinois.

Writing stories and posting on The INFJ Café are her biggest passions, along with drinking coffee and watching sci-fi. When she’s not hanging out with her husband and kids, she can usually be found at a library or tucked away in the shadowy corner of a hip coffeehouse. She’s also been glimpsed sneaking into her garage, late at night, to work on her time machine.

Her debut novel, Gambit, is the first in a Young Adult dystopian series.