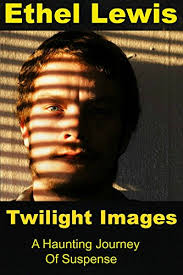 Ms. Lewis had an interesting idea for a story. Thad Connors has been having nightmares. These nightmare started 10 years ago, after his parents died in what the police said was a murder/suicide, but he never believed that they had discovered the whole story. He felt that the only way to rid himself of his nightmares, was he to find out what really happened.

This book was written fairly well, but there were a few problems that new authors often have. Sometimes the action seemed to drag, like Ms. Lewis was afraid to speed it up, because she didn’t want the book to be too short. She also didn’t allow Thad to work hard enough on his investigation. He would spend a whole day on something that should have only taken a few hours. I think that she may want to use her town in Texas as the setting for her next book. That way she will know the area better and will be able to add those local details that always make a novel so interesting. In fact, she may find that she has to edit out some of the details, because the book is running too long.

Ms. Lewis also needs to work on her dialog. At time it feels stiff and stilted. Setting her book in Texas might also take care of that problem, and give the dialog a bit of an authentic feel. But don’t try to work the accent in, that is very tough to do, and seldom works.

When I think of authors and the way they handle locations and dialog, the first name that comes to mind is Elmore Leonard. He had some tips on writing that most new writers should at least read, and then decide if they are helpful. He summarized his ten tips, “My most important rule is one that sums up the 10. If it sounds like writing, I rewrite it.” From WRITERS ON WRITING; Easy on the Adverbs, Exclamation Points and Especially Hooptedoodle.

I give this book 3 Stars out of 5. It is a quick read, and only costs 99 Cents, so if you want to read a mystery by a new author, and to spend a couple of hours of reading for pocket change, grab it, I think that you will be entertained.

I received this book for free from the author, Ethel Lewis, in return for an honest review.

The death of Thad Connors parents ten years ago was ruled Murder/Suicide. The case had been investigated, the crime scene searched . . . All findings compete. Case closed!But Thad had his doubts.They had to be wrong. There had to be something more.And he knew he couldn’t let it go.For the past ten years he had been drowning in a sea of gruesome and haunted nightmares. He couldn’t rest until he got to the bottom of it. He had to find the answers, he had to solve the mystery.It would mean going back . . . opening old wounds . . . reliving old memories. He would be embarking on a haunting and suspense filled journey into his past. But the truth had to be found. If not, . . . the nightmares might win, . . . he might forever be lost in their endless black abyss.

Born in Dallas, Texas in 1948
“Texan born and Texan bred.”
Currently live in Galveston, Texas.
I share my home with my four friends and companions—all of which have four legs and very furry bodies. Two cats, two dogs.
What’s that old expression? “Jack of all trades, master of none.”
That pretty well describes me. Earned a living grooming dogs and cats for thirty years, drove an eighteen-wheeler for nearly ten years.
Raised two wonderful children, a son and a daughter–both now grown, have 5 grand-kids, and 2 great-grand-kids. Love ’em all.
I recently retired, and am excited to finally find the time to do what I enjoy doing most – Writing the stories and telling the tales, born in my imagination…

The Book Description and Details are from Amazon.  Twilight Images: A Haunting Journey of Suspense

One thought on “A Review of Twilight Images: A Haunting Journey of Suspense by Ethel Lewis”